Half way across the world, the Nathan Yip Foundation put roots down in China. We historically worked with rural communities, focusing on the forgotten children in remote mountain villages suffering from poverty, isolation, and lack of educational resources.

In rural China, there are approximately 61 million children that are “left behind” 留守儿童 by their migrant parents who leave for the cities to find work. The children are left with extended family, mostly grandparents, with little or no education. Sometimes circumstances force children to live alone.

Transportation in the mountain region is a challenge, as the roads are neglected and public transportation is scarce. Many of the left-behind children live miles away from the nearest school and market. 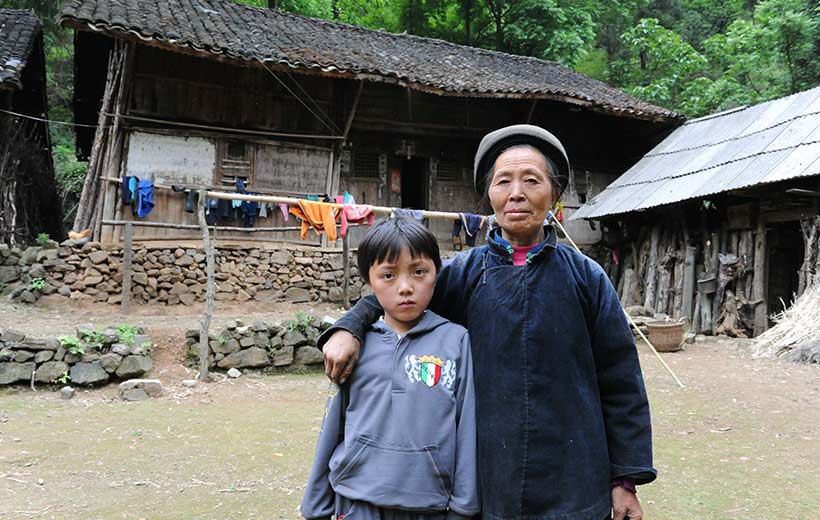 Due to new restrictions on Chinese schools and organizations accepting foreign aid funds, the Nathan Yip Foundation has shifted its geographic focus in recent years. However, a team of local volunteers continues to raise funds within China to support literacy and educator professional development projects at historic Nathan Yip School of Hope sites.

What We Support Is Education, What We Fund Is Vast

From direct educational support, like building schools, to projects that provide families with fundamental resources and necessities so that the children can focus on their education, the Nathan Yip Foundation has made a meaningful difference in the lives of thousands of children and their families in China.

School construction is an enduring and primary focus of the Nathan Yip Foundation. Over the years, we have built nine schools in remote locations across China, supporting over 4000 students.

Teachers are vital to student learning. The Nathan Yip Foundation teacher training program provides the support teachers need and empowers them to grow within the profession.

When basic needs are not met, education becomes a luxury. Sometimes we have to take a step back and build the foundation first.

Co-Founder, Jimmy Yip, learned that because of the lengthy travel time between the school and their homes, many students were staying in shared village shacks during the week. Most of the children did not have enough food during the week, and sustained themselves on cooked chili peppers during the winters as peppers offered a sense of warmth.

In January 2012, the foundation raised $60,000 for the Guizhou school project and in June 2013, Shuang He Elementary School saw the completion of its new cafeteria and student dormitory. Meeting these basic needs of shelter and sustenance means that the students have one less obstacle blocking them from their education and studies.

The Nathan Yip Foundation has been supporting education efforts in Colorado since 2009. We’ve developed and implemented over a dozen programs to address the educational needs for students with limited resources.

The Nathan Yip Foundation has been working in China since 2004. Since then, eight schools, two cafeterias, one dormitory, and two orphanages have been built or supported across five provinces, providing education for over 4,000 students.

Since its founding in 2002, the Nathan Yip Foundation’s support has reached communities across the world in many countries in Africa, North, Central, and South America, as well as all over East and Southeast Asia.

Ring in the Year of the Rabbit!

Join us for the best Chinese New Year Celebration in Colorado!  Welcome to the Year of the Rabbit at our Chino-Latino-themed gala.
Saturday, February 4, 2023